Five Scary Reads for Halloween and Beyond

I’m not the best blogger lately (or even the 967th best), but I can’t resist foisting book recommendations on folks at this time of year—especially since I’ve read some excellent horror novels of late. They run the gamut from merely moody to good ‘n’ gory, but what they all have in common is excellent writing. Check out one or more of these titles to celebrate the season, or nab them all now to dole out the horror all year long. 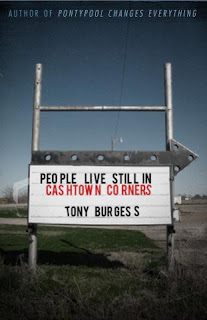 "I don't like faces on people in town so I scribble over them. I don't actually recall what Feck looks like in the face. Just swirls and loops out of a ballpoint. Round and round and round. When he talks, two or three blue wires vibrate horribly. Doesn't make me want to answer."

From the author of Pontypool Changes Everything (source of the film Pontypool) comes this account of a small-town gas station attendant-turned-spree killer that is perhaps most unsettling because of its matter-of-fact style. Told from the point of view of the murderer, it's as compelling as it is disturbing.


The Bazaar of Bad Dreams by Stephen King 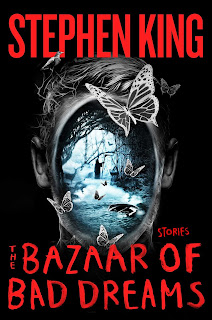 "In that brief, searing moment – that shutterflash glimpse – she thought he looked stupid and surprised and ugly, all the essential Johnny swatted out of him, and knew he was already dead, trembling or not. It was how a kid looked after hitting the rocks instead of the water when he dived. How a woman who had been impaled by her steering wheel looked after her car slammed into a bridge abutment. It was how you looked when disfiguring death strutted toward you out of nowhere with its arms wide in welcome."

Chances are pretty good I don't need to tell you about this guy, but if, like me, you used to read him and got out of the habit, you need to know that he's been turning out some great stuff the last few years. This collection rivals his own best, and the introductions to each story (part biography, part examination of the writing process) make up sort of an On Writing II. 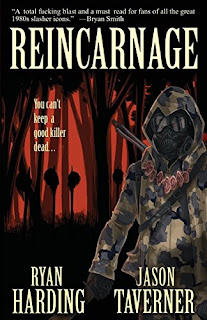 "He'd been decapitated, blown apart by a grenade, shot, incinerated, impaled, and several combinations thereof, only to return to his killing fields a week or two later, arisen as a phoenix from the ashes to pick up where he left off. He bounced back from decapitation and cremation in a week. The grenade put him away for twelve days. No rhyme or reason."

Reincarnage dispatches its victims with gory aplomb in a series of vivid, imaginative death sequences you'll not soon forget. Toss in some top-notch wisecracks, a diverse cast of characters, and a killer who won't stay dead, and you've got what's probably the best fiction version of an '80s slasher flick you'll ever read. (You can read my full review at Hellnotes.)

A Head Full of Ghosts by Paul Tremblay 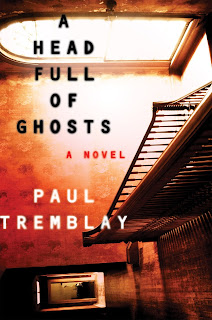 "I say, “My Marjorie—” And then I pause because I don’t know how to explain to her that my older sister hasn’t aged at all in fifteen-plus years and there never was a before everything happened."

Comparisons to Shirley Jackson abound in reviews of this thriller, and they're not undeserved. As spooky as it is psychological, the novel's strength is in its characterizations of family members growing more and more dysfunctional as one of the daughters descends into madness. Is she possessed by a demon, or is there a psychological disturbance in play? And which is more terrifying?

The Incurables by Jon Bassoff 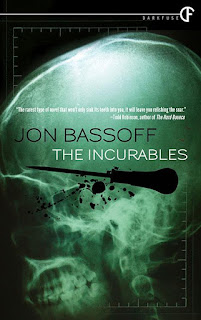 "As he walked, he came across a grubby little girl with pigtails and a red ball and she stared at Durango, eyes narrowed and mean. "Don't you look at me," she said, "or I'll tell my mama on you." An old woman pushing a baby carriage filled with apples asked him if he wanted to buy a bushel, but he thought of Snow White and shook his head, maybe another time. A man with tattoo tears, a woman with track marks, a dying cat. No wonder his father had chosen this place. Everybody and everything needed to be saved."

Read enough of master-of-psychonoir  Jon Bassoff's novels and you'll notice some consistent subjects: decaying towns, broken-down prostitutes, obsession, and a depravity that runs so deep it has no bottom. Despite the adherence to regular themes, there are surprises here, shocking ones, as a manic lobotomist, a delusional preacher, and a cast of deplorables hurtle toward their inevitable fate.

Thirsty for more horror? Check out my recommendations from previous years:

Posted by Kelly Robinson at 5:43 PM 14 comments: Links to this post